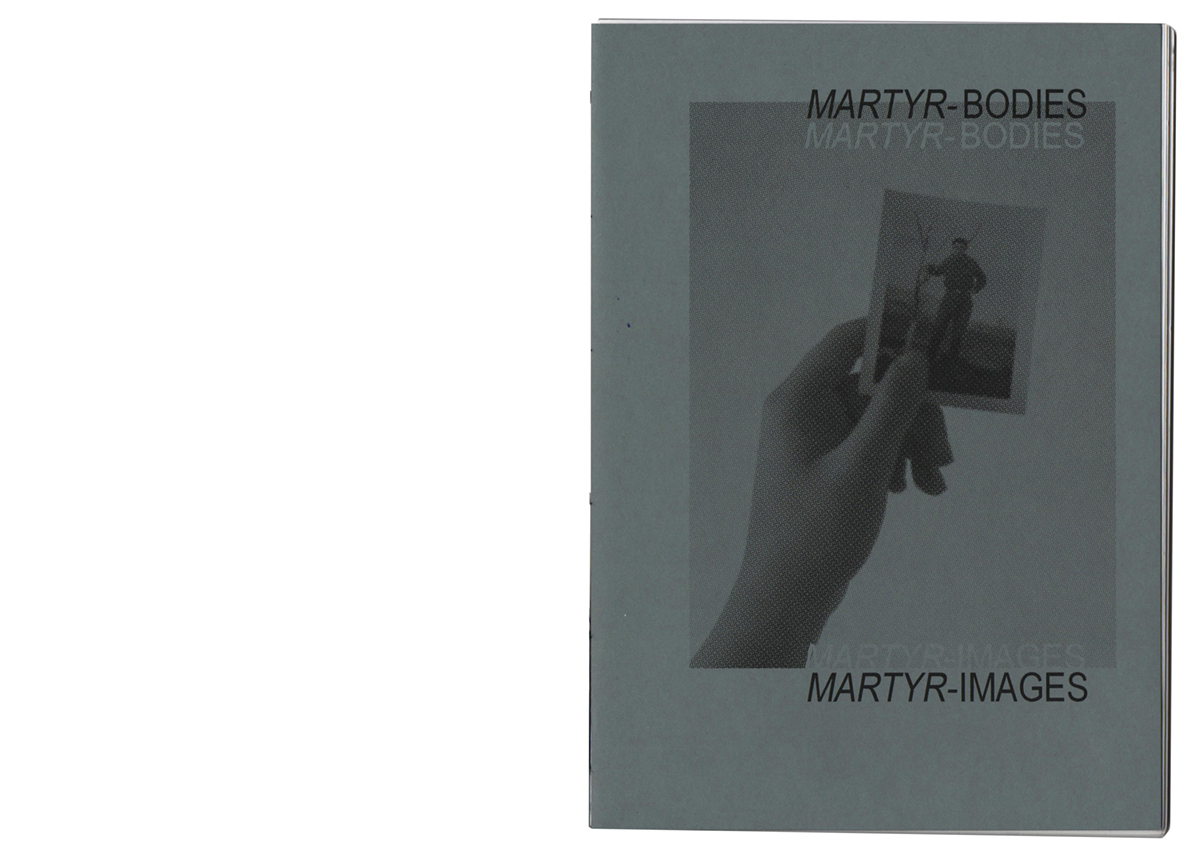 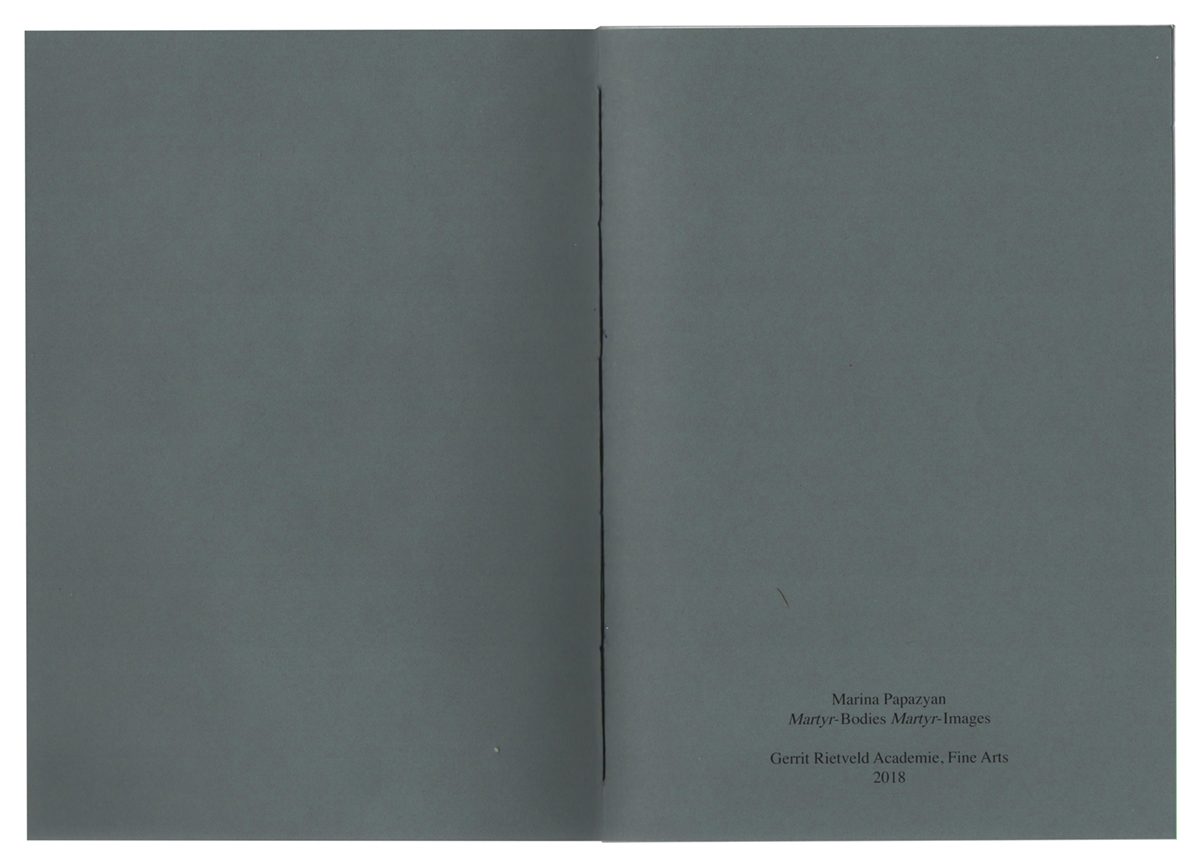 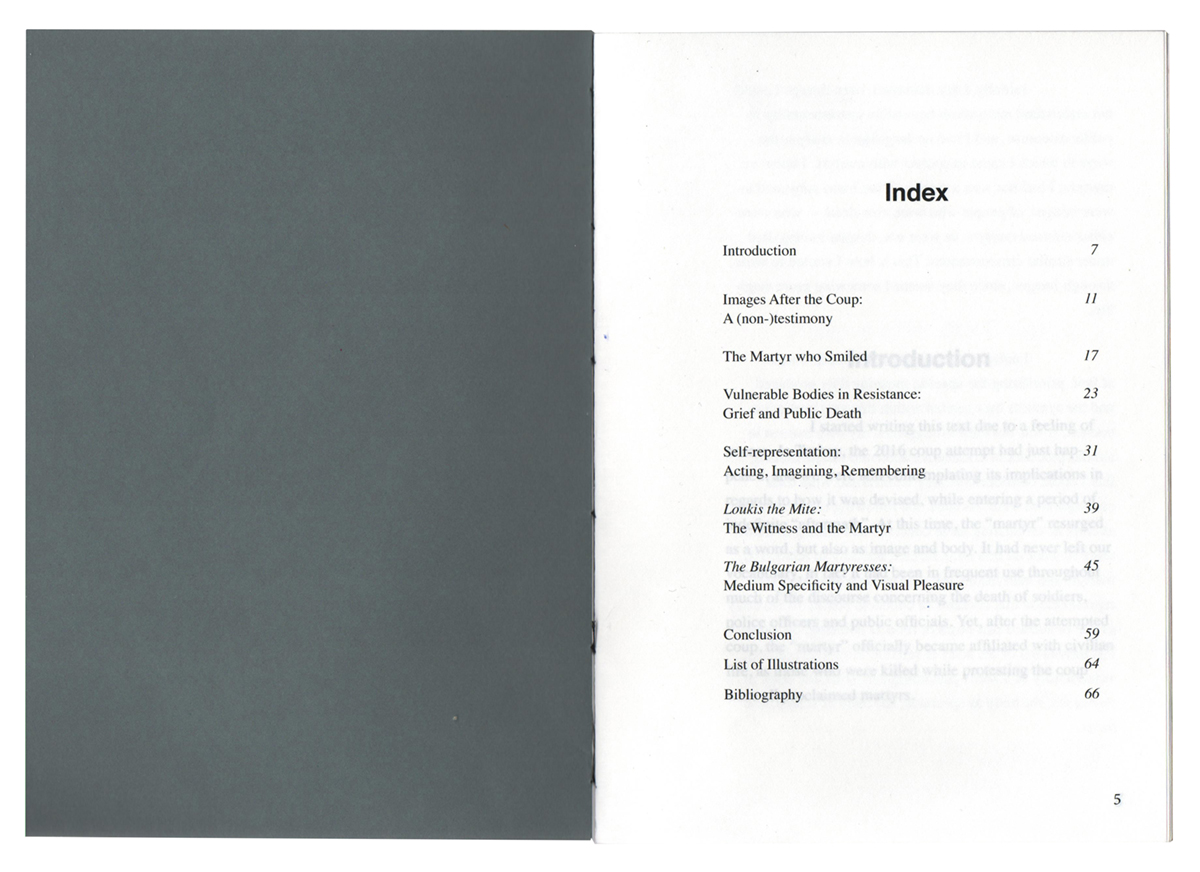 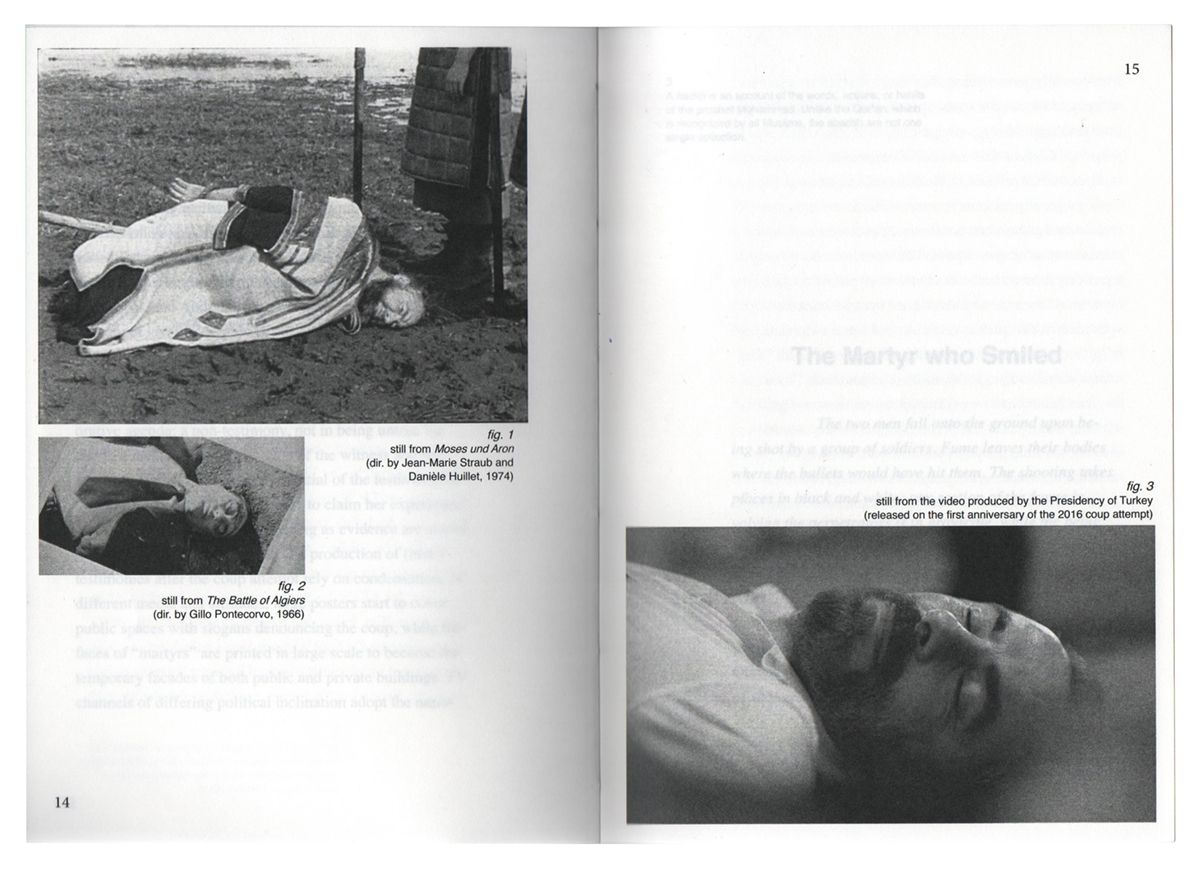 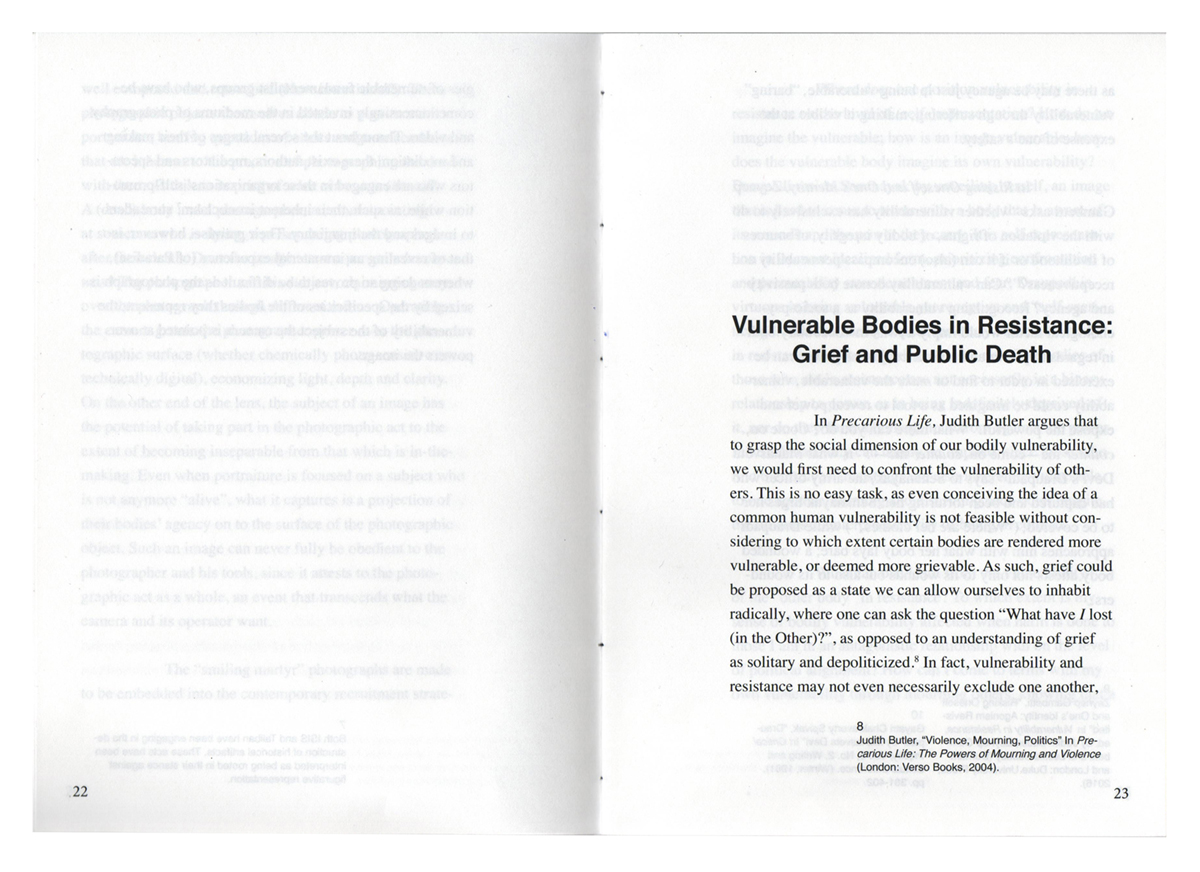 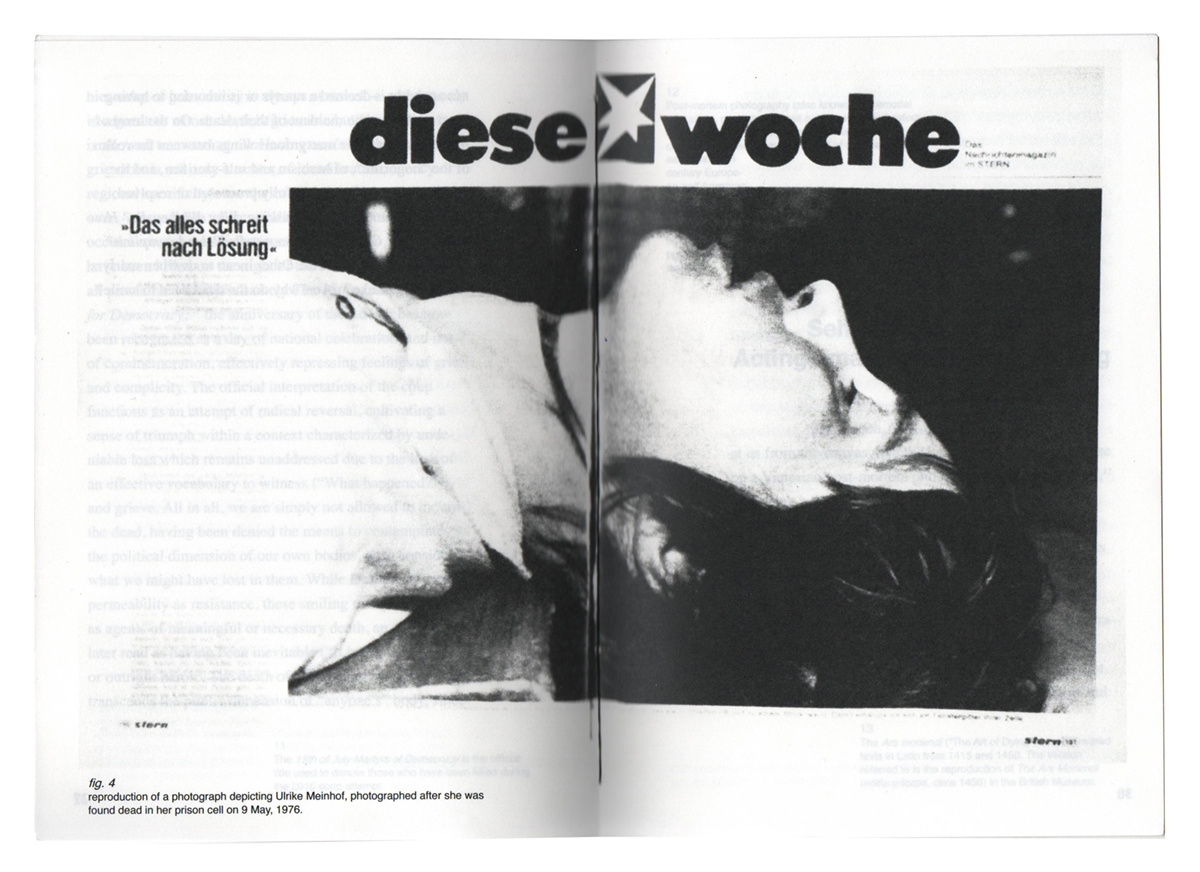 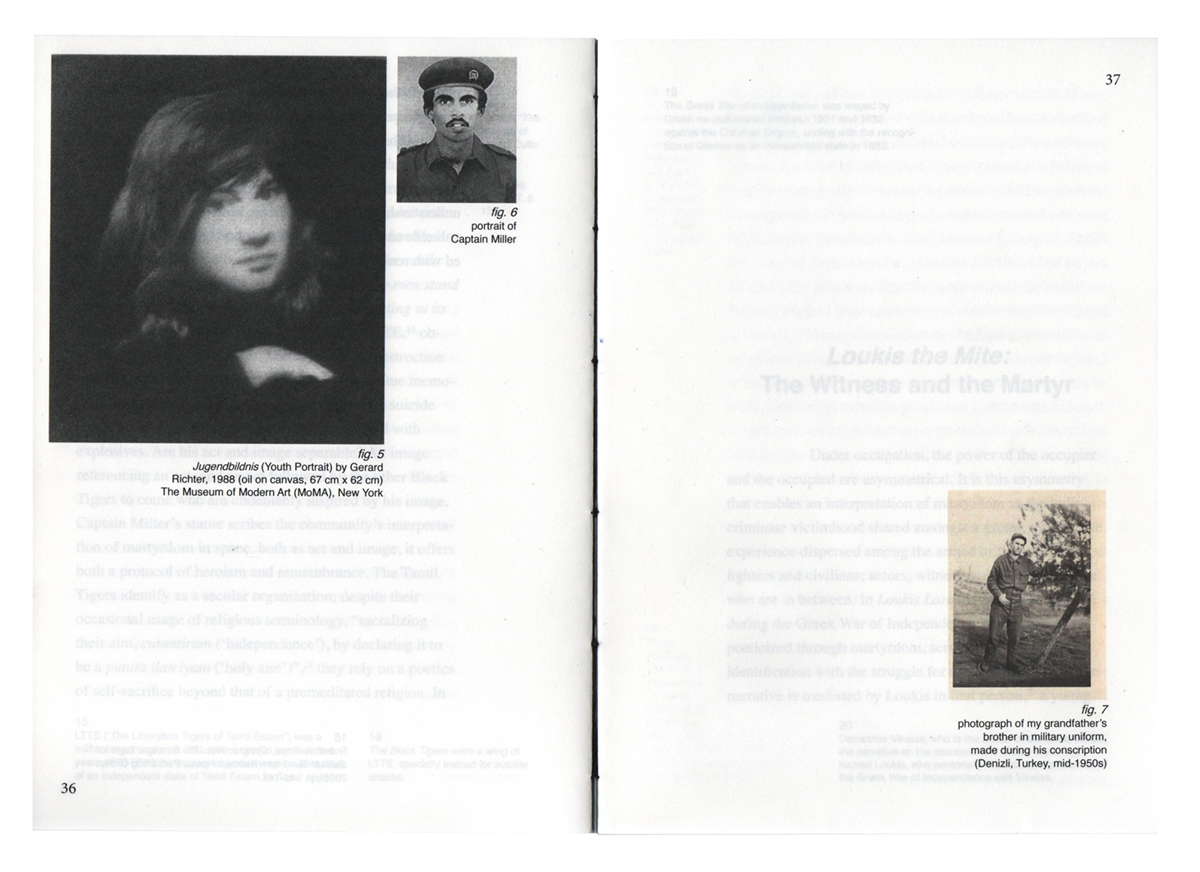 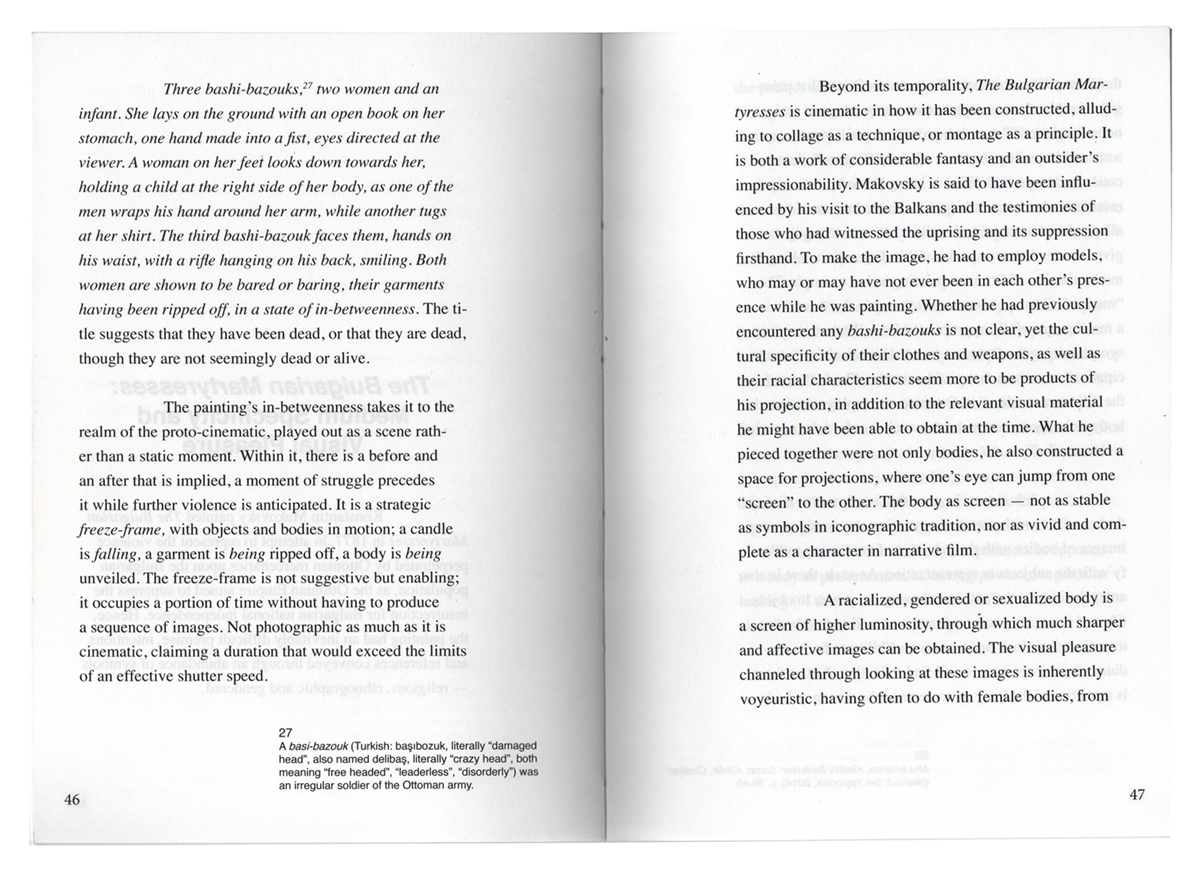 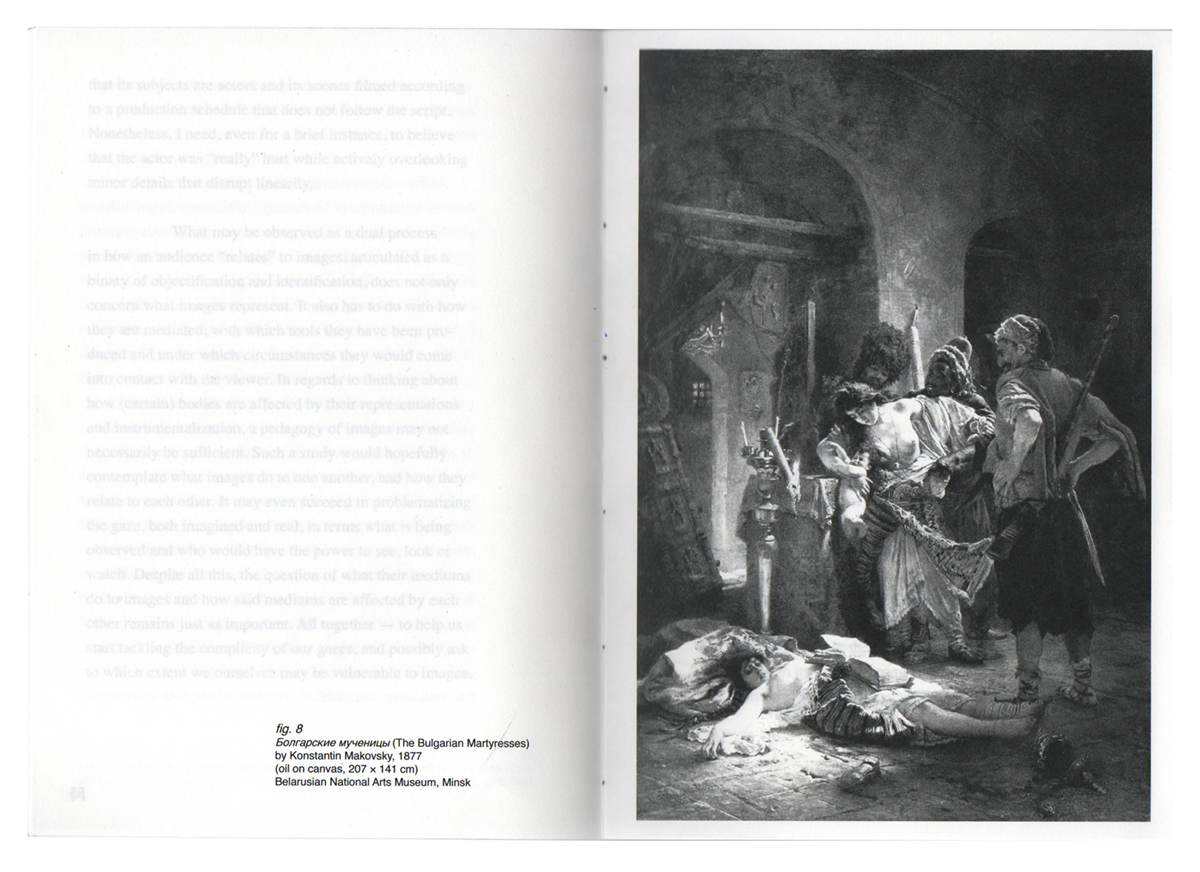 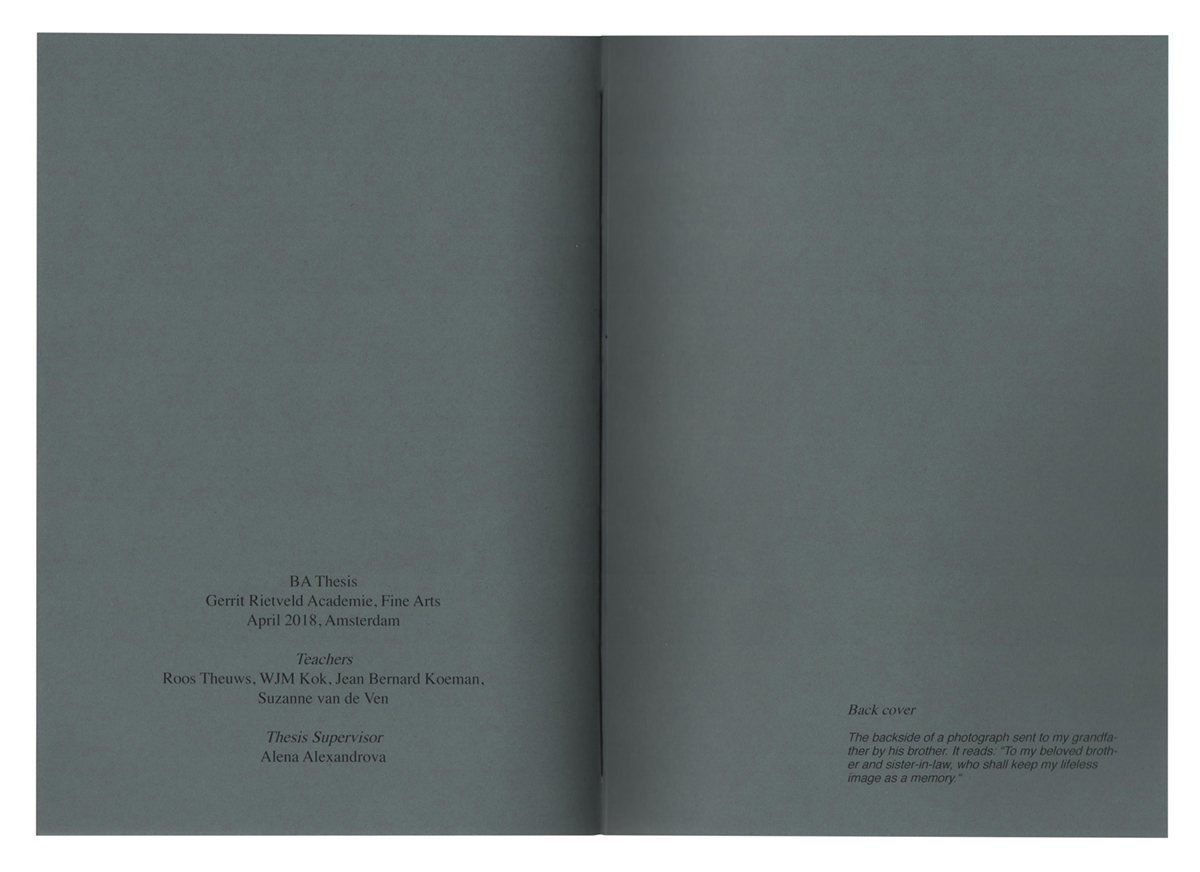 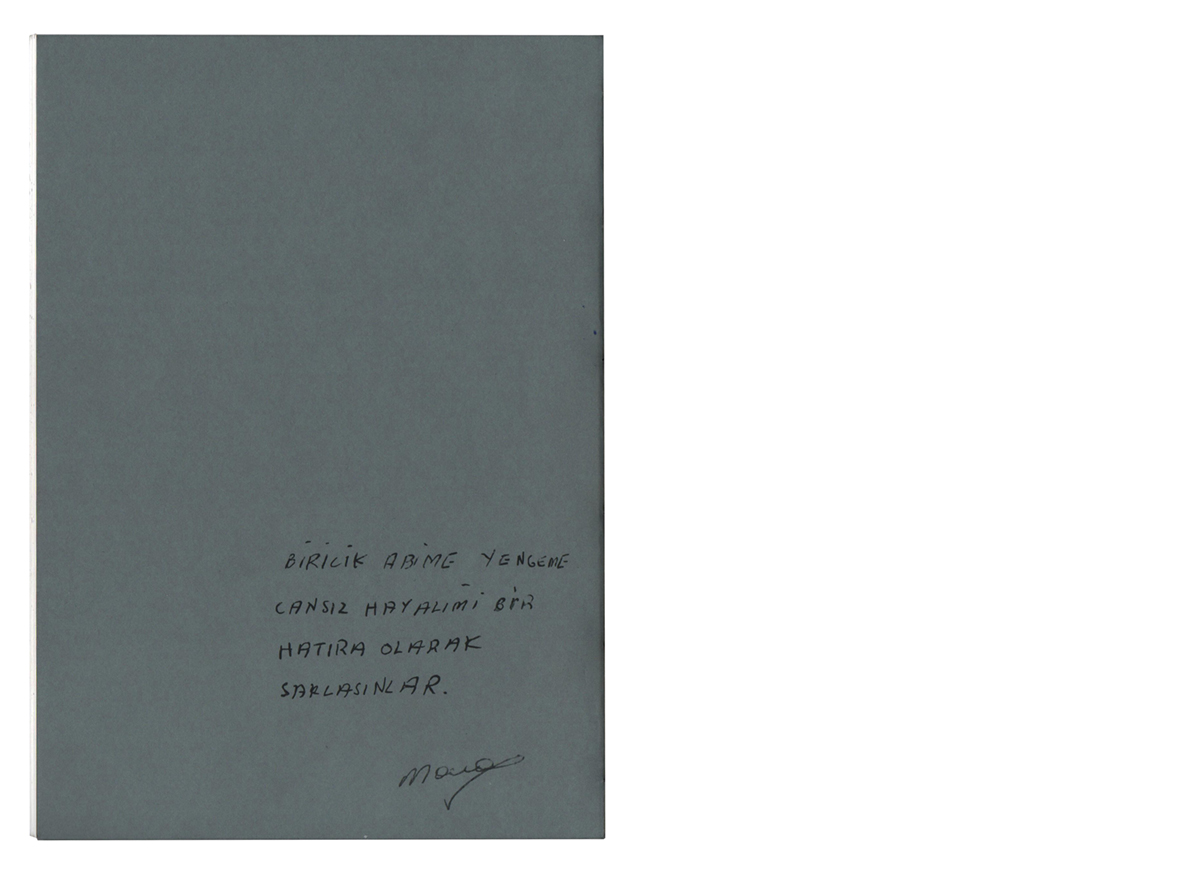 The majority of the objects named and described in each chapter are bound together by their shared premise, claiming to represent martyrs or martyrdom while they differ in function. Proposed as tools for commemoration, but often transcending this alleged purpose by other means, some allude to propaganda, when others may be considered to be self-portraits or simply means for mourning. These differences are the text's immediate focus, as to “compare”, yet their specificities take over shortly thereafter and the mere issue of how they are different from one another does not seem as central as it once was.