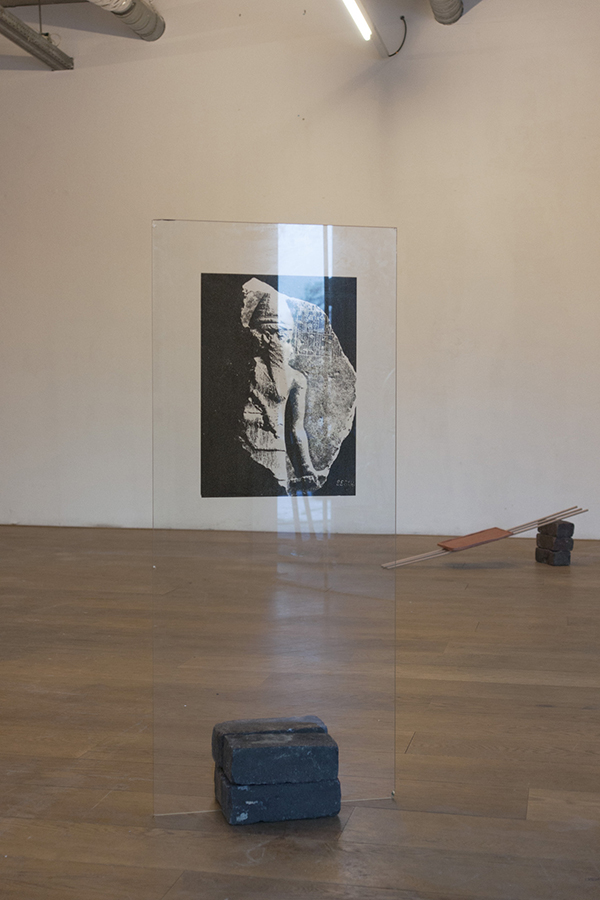 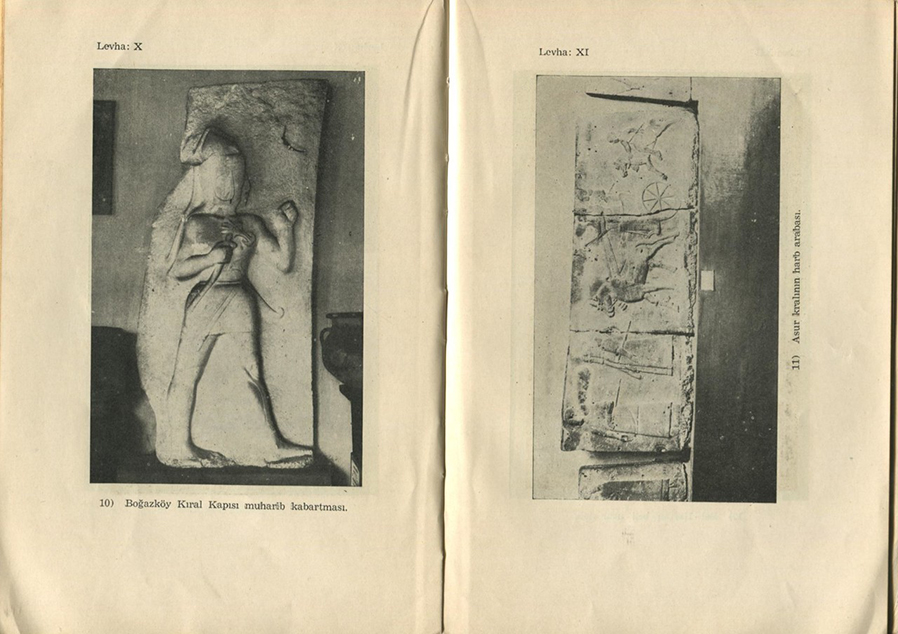 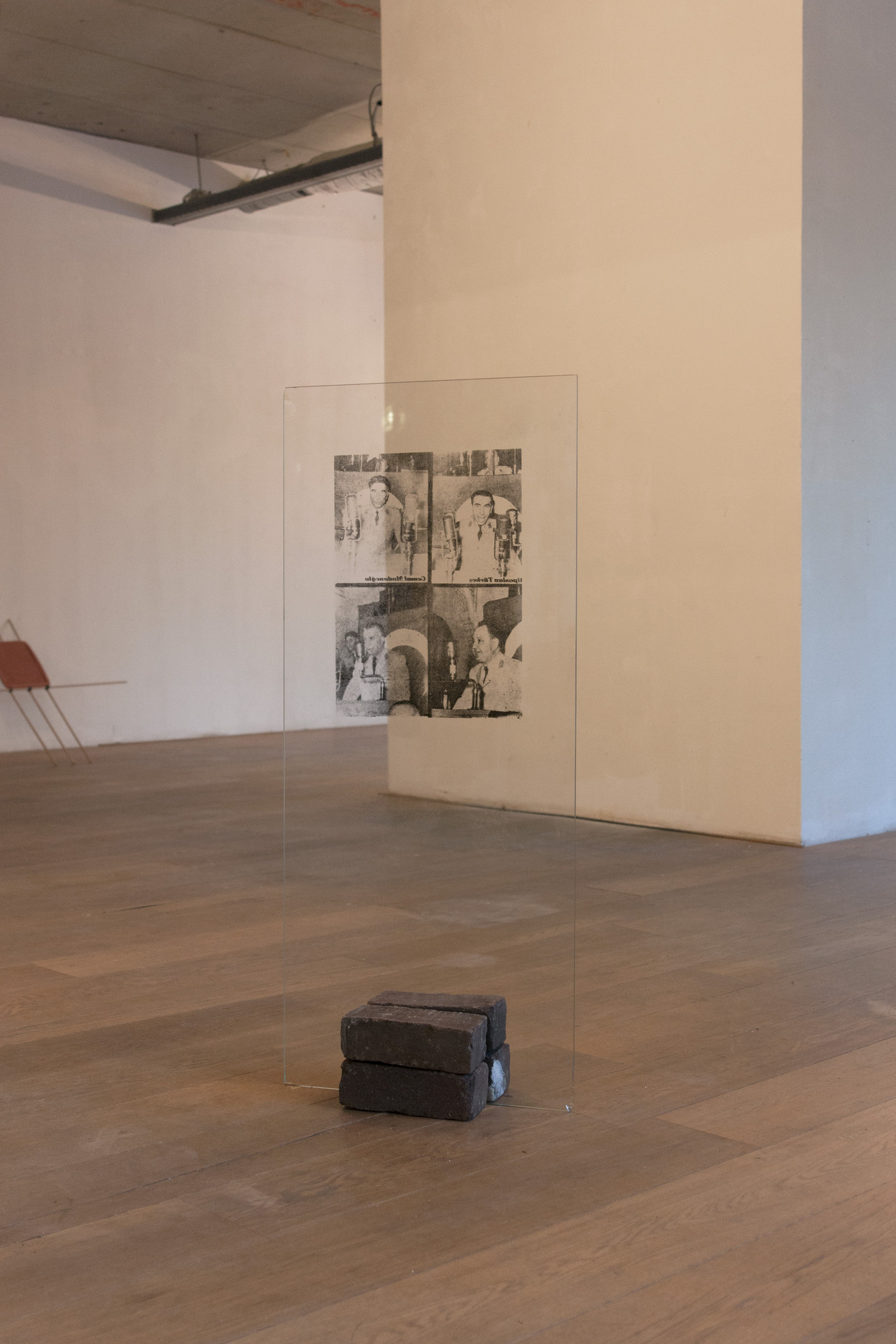 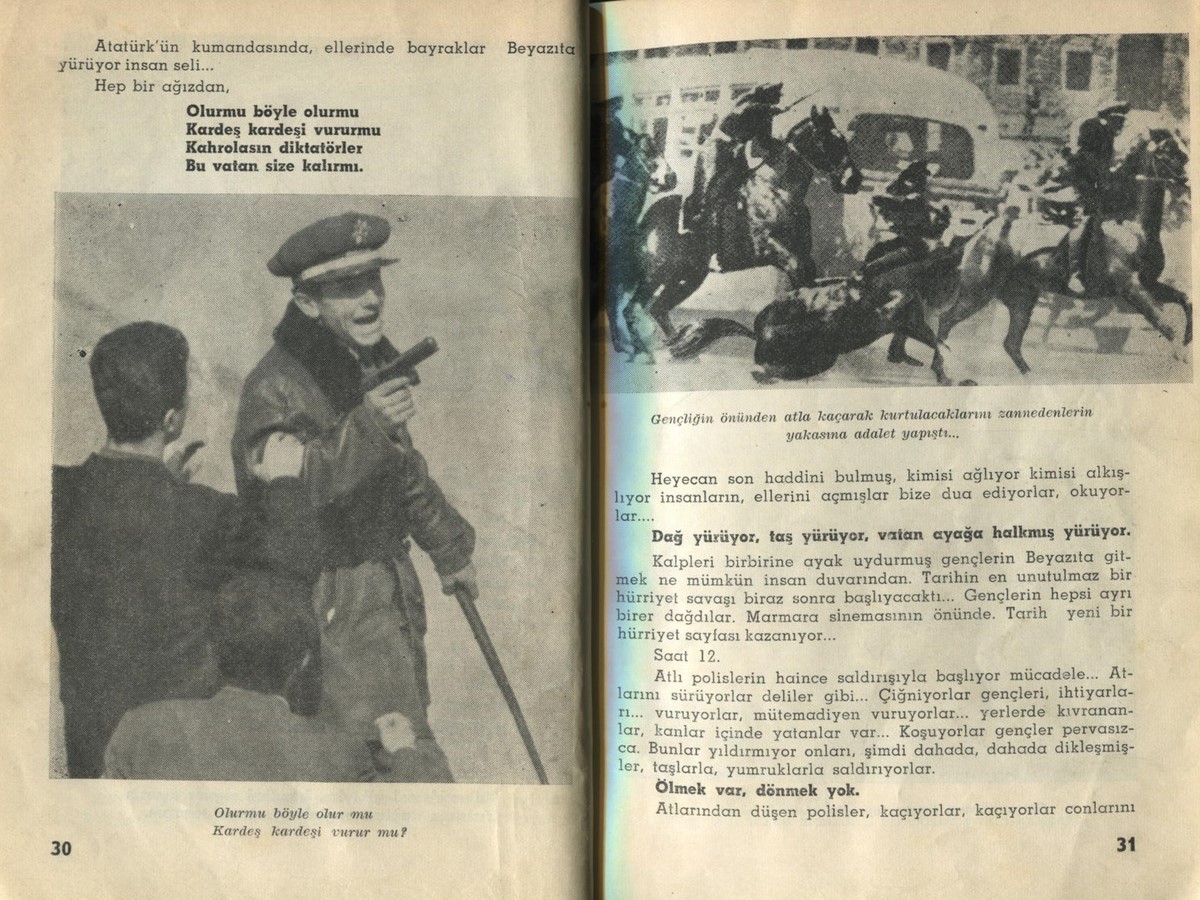 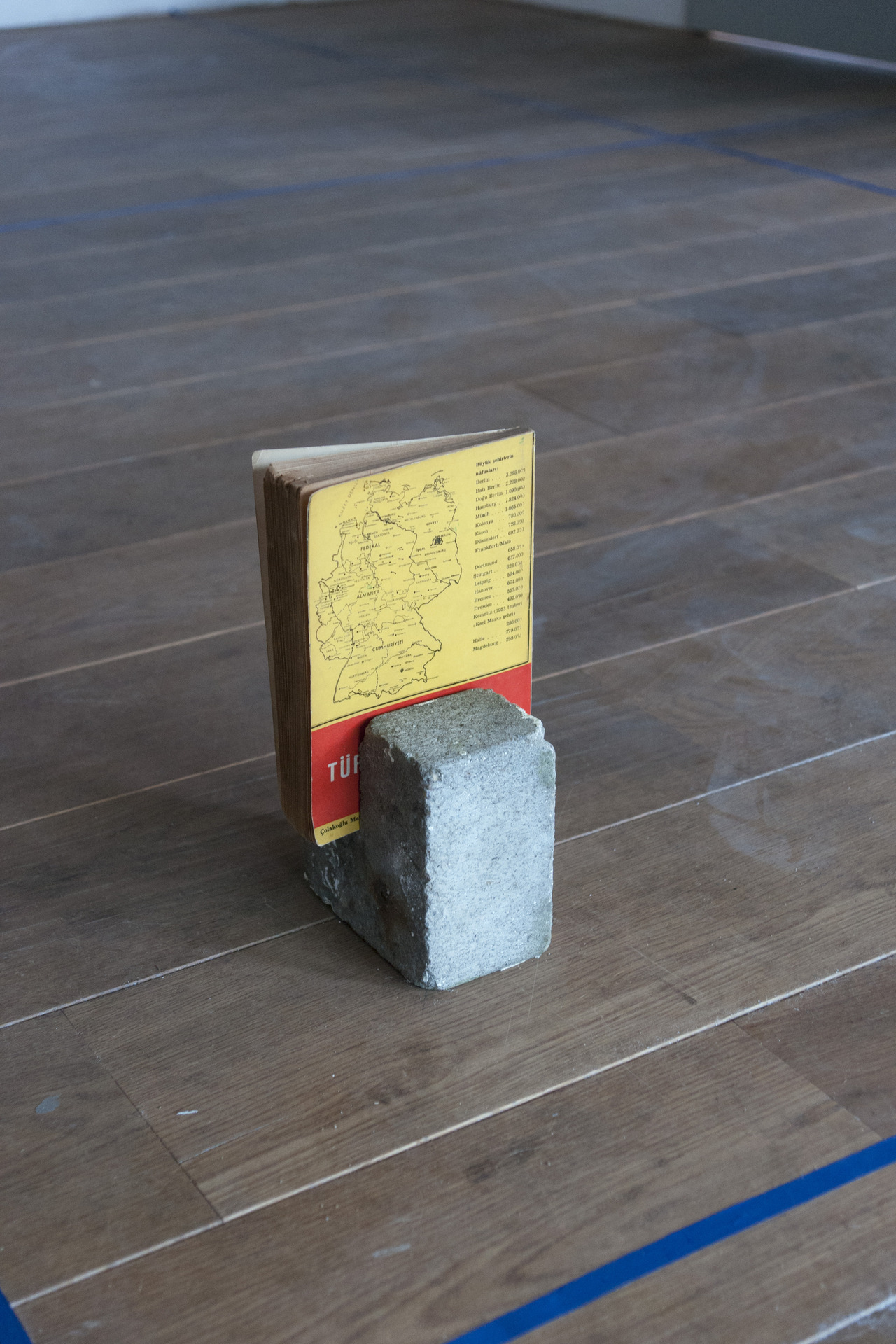 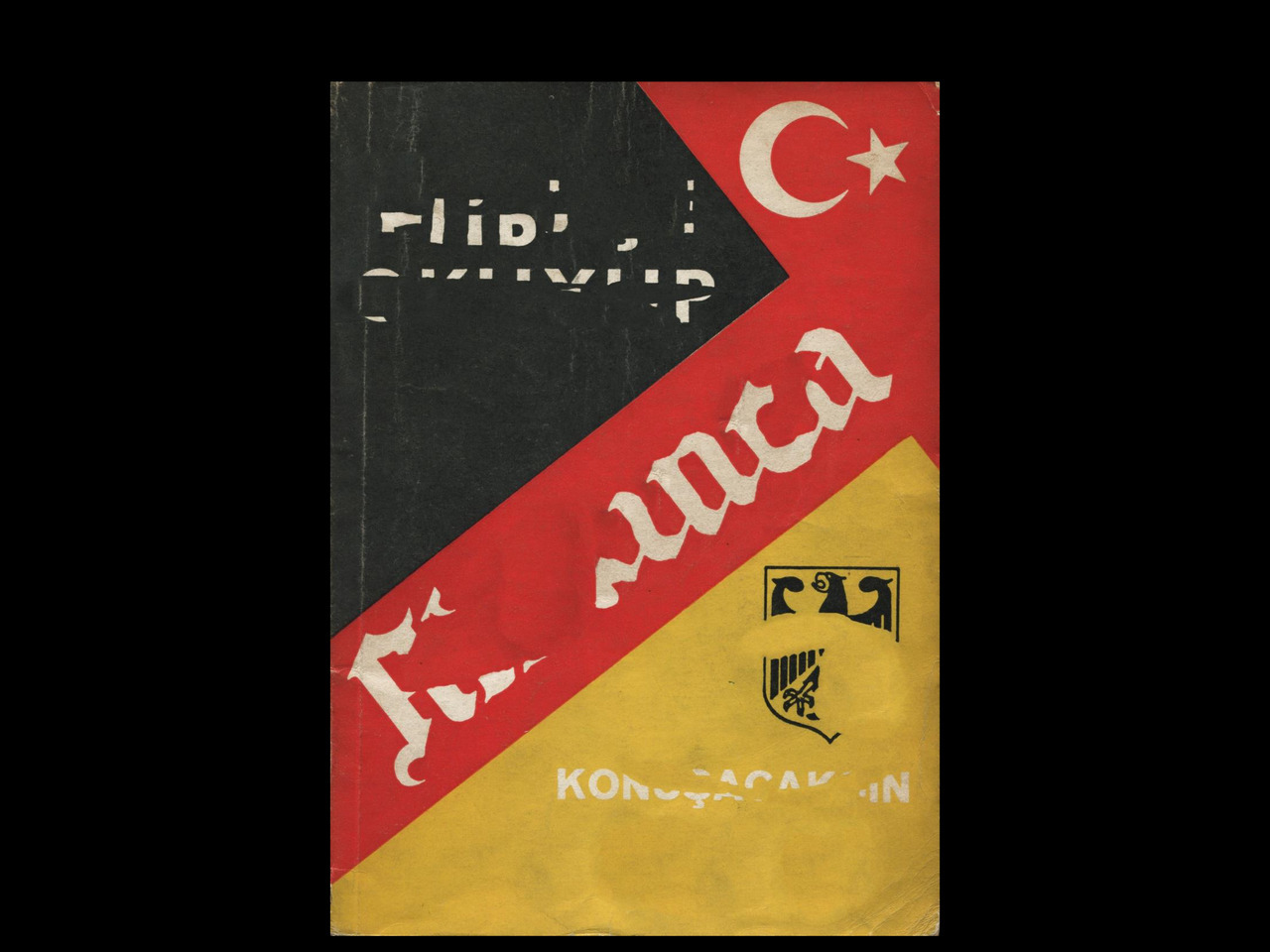 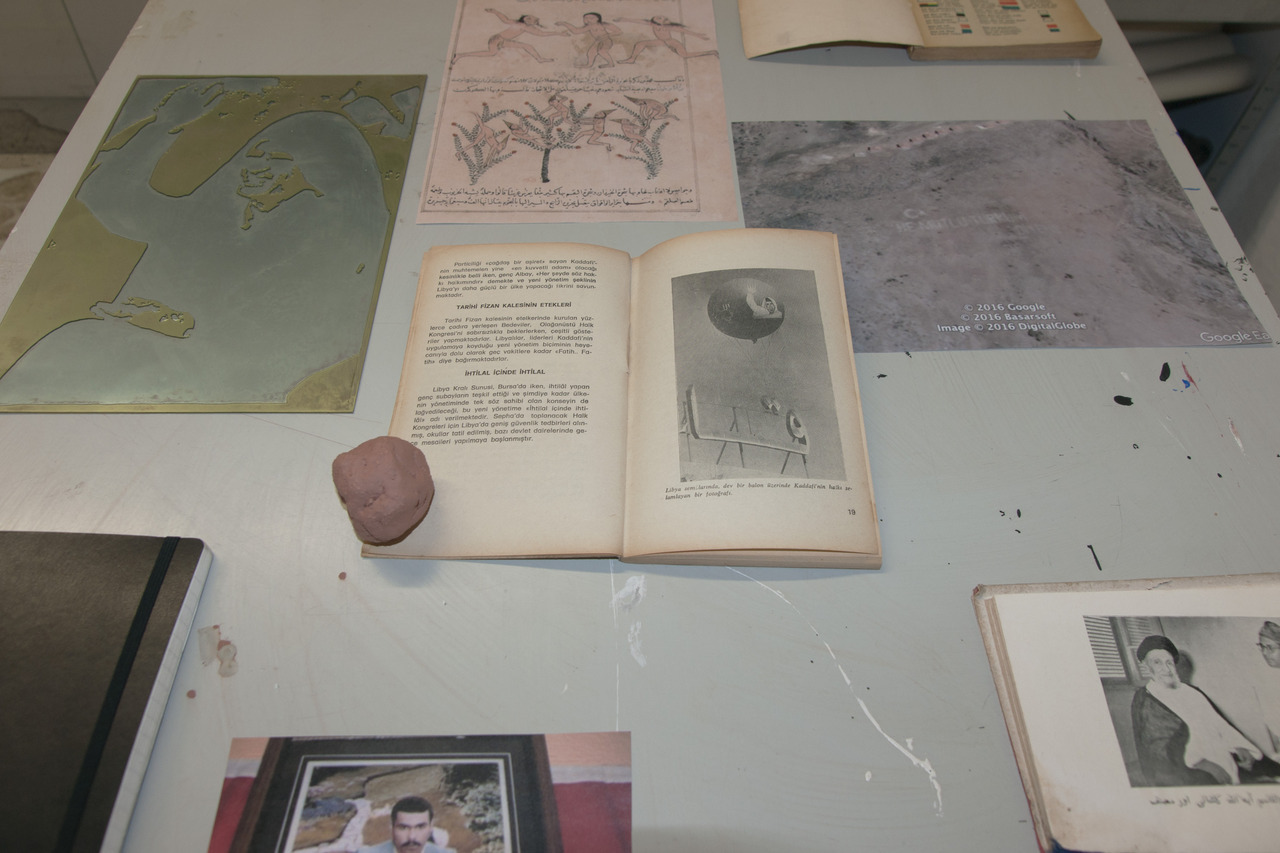 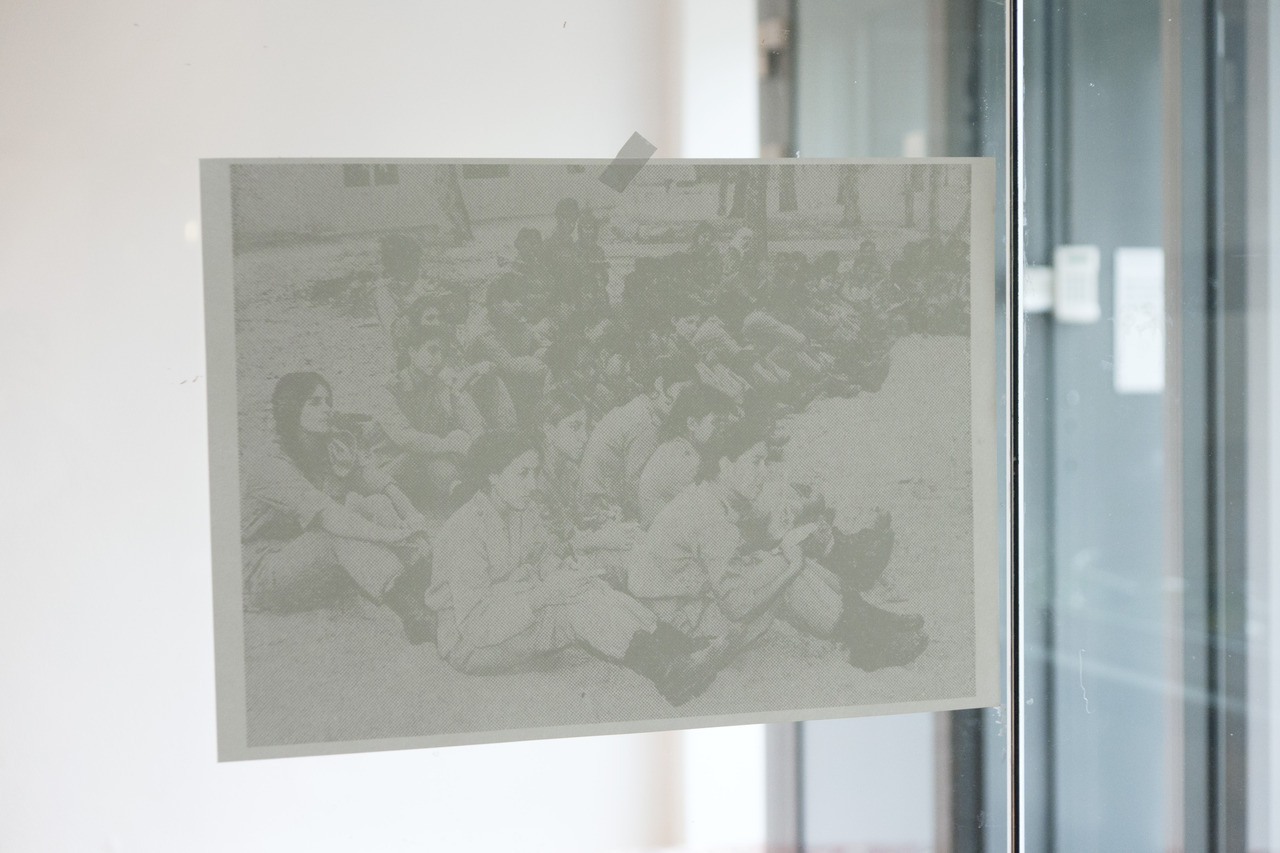 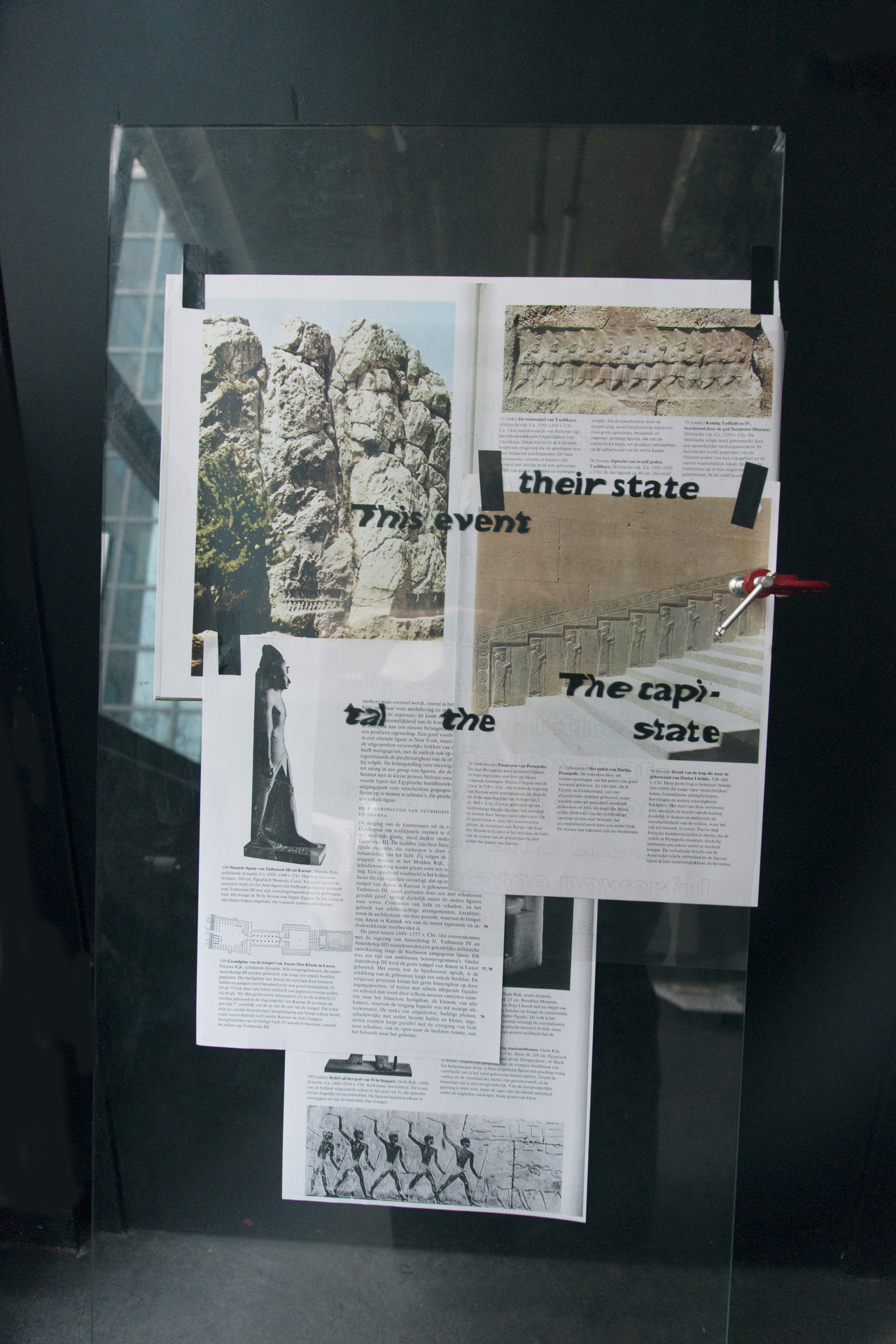 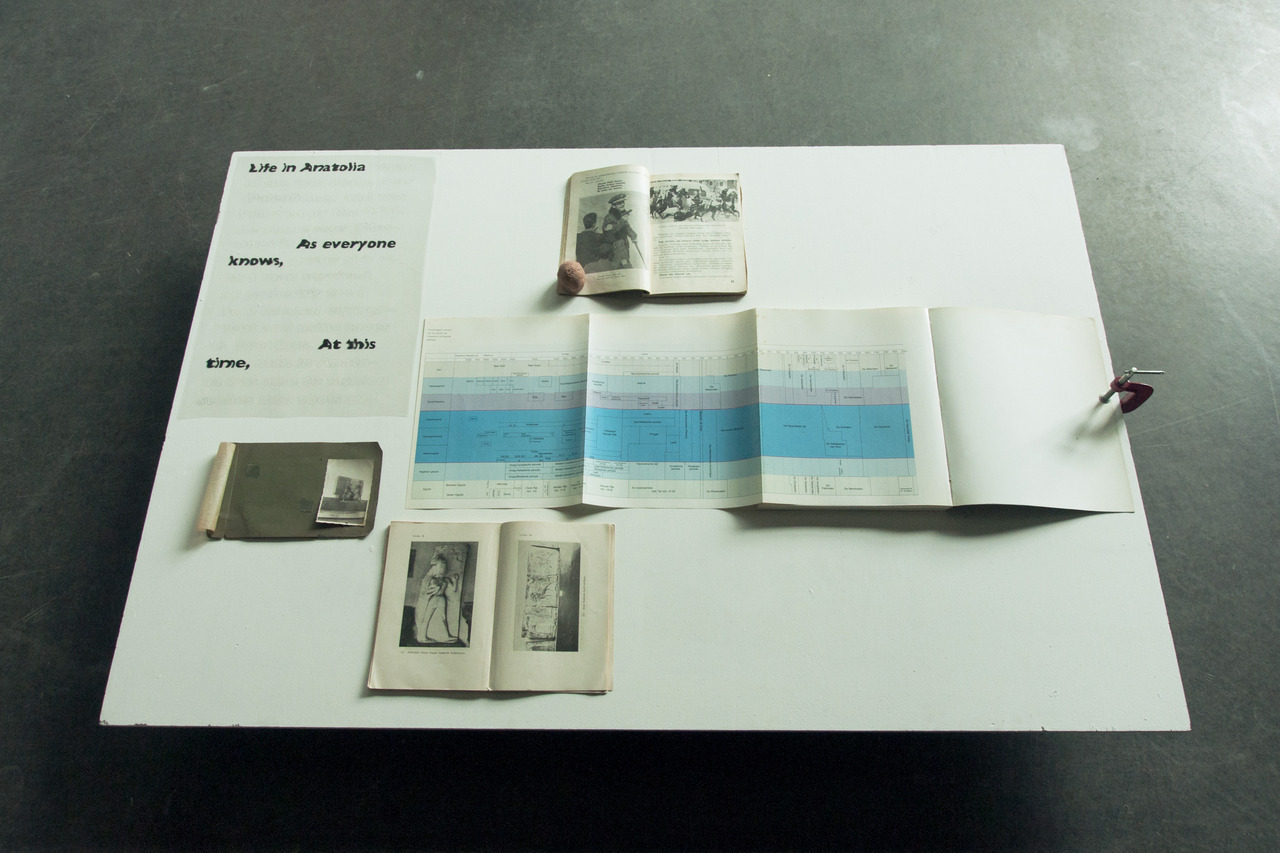 series of installations with books, prints reproductions and objects

Hürriyet Yolunda, or On the Way to Freedom, borrows its name from a book with the same title published right after the 1960 military coup in Turkey. This publication served as a "justificatory" pamphlet for the coup, whereas its imagery was of a violent nature.

Hürriyet Yolunda, was staged as a series of installations attempting to read the implications of this book in terms of its relationship to historical time, linearity and agency from an image-based perspective.

Publications manipulated and reproduced in this process include: Hürriyet Yolunda (On the Way to Freedom, 1960), an inventory of Mesopotamian artefacts at the Istanbul Archeology Museum (1962), Yeni Bir Libya (A New Libya, Kenan Akın, 1977), Schatten uit Turkije (Treasures from Turkey, 1986), Türkçe Okuyup Almanca Konuşacaksın (Read in Turkish Speak in German, 1964) among others.